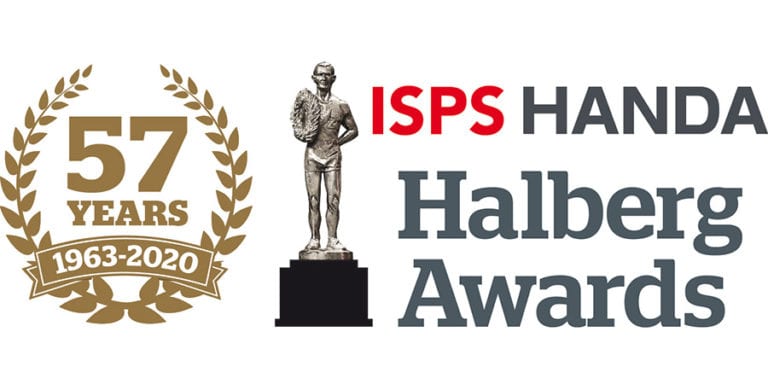 The Halberg Foundation has announced 70 nominations have been received for six categories at the 57th ISPS Handa Halberg Awards – New Zealand’s pre-eminent event to celebrate and honour sporting achievements from 2019.

The Awards were created by Olympic champion Sir Murray Halberg (ONZ) in 1963 to honour sporting excellence and as a major fundraiser for the Halberg Foundation – his charity which aims to enhance the lives of physically disabled young New Zealanders by enabling them to participate in sport and recreation.

Twenty-eight sporting codes are represented in the nominations, submitted by National Sporting Organisations and an independent Nominations Board, recognising achievements from 1 December 2018 to 30 November 2019. 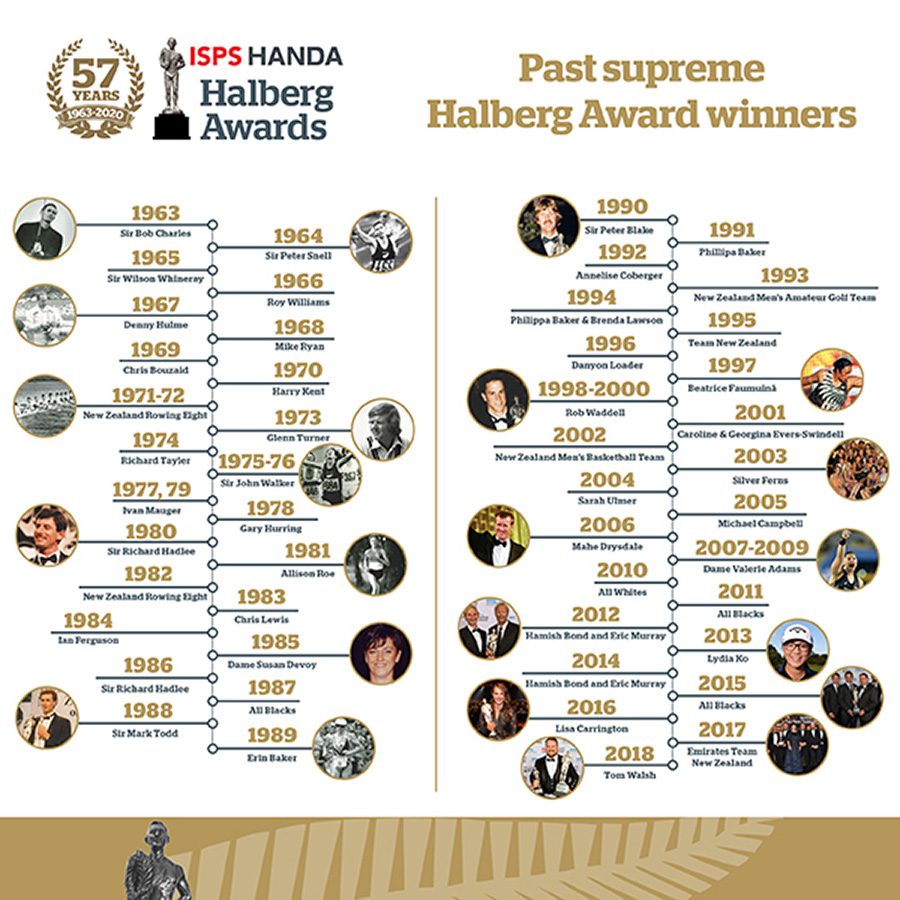 The Buddle Findlay Coach of the Year has received 17 nominations from 13 different sports – the most of any category. They include; Lisa Carrington’s coach Gordon Walker, who has won the category for the past three years as well as Dame Valerie Adams, a triple supreme Halberg Award winner, who is nominated for the first time as coach of her sister, Para athlete Lisa Adams.

Nominees for the Sportswoman, Sportsman, Team and Para athlete/team categories are all eligible for the supreme Halberg Award – the country’s highest accolade for sporting excellence.

Sophie Pascoe has been nominated for the ISPS Handa Para athlete/team of the Year – a category she has claimed six times. Pascoe is joined by Cameron Leslie who is put forward for his Para swimming and wheelchair rugby success, along with Eltje Malzbender (Para cycling), Emma Foy and Hannah van Kampen (Para cycling), Lisa Adams (Para athletics) and the Wheel Blacks (wheelchair rugby).

The developing international reputation of our stars of tomorrow is recognised in the Sky Sport Emerging Talent category, designed to assist a young athlete in their quest to reach the pinnacle in their sport, and hopefully in the future they will be candidates for the supreme Halberg Award.

The ISPS Handa Halberg Awards judges will now review the nominations to shortlist into finalists who will be announced in January 2020.

The 57th ISPS Handa Halberg Awards ceremony will be held on Thursday 13 February 2020 at Spark Arena in Auckland and televised free to air on Prime TV and the broadcast will include closed captioning.

“The nominations represent a diverse range of sports, teams and athletes which reflect on another amazing year of sport. We look forward to honouring the achievements of our athletes on the world stage along with sharing the important work the Halberg Foundation is doing changing lives of young people in communities around New Zealand,” said Shelley McMeeken, Chief Executive of the Halberg Foundation.

The Halberg Foundation has a team of Advisers around the country who connect physically disabled young people to sport and recreation opportunities, they also deliver an inclusion training course on adapting physical activity and assist clubs, schools and organisations to provide inclusive events and programmes. The Halberg Games is a three-day national sports competition for physically disabled young people.