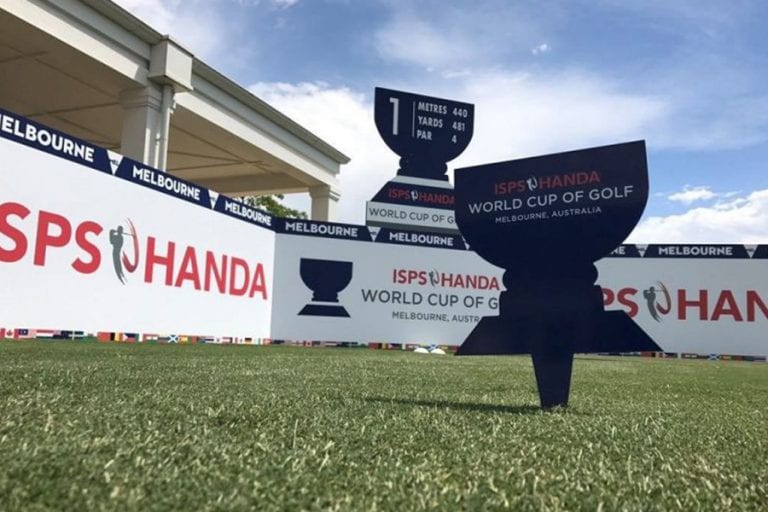 London (22 November 2016) – The 2016 ISPS HANDA World Cup of Golf returns this week to Kingston Heath Golf Club for the first time since 2013 with a star-studded field of 56 golfers representing 28 countries.

For the first time since America prevailed in 2011, the Championship returns to a 72-hole strokeplay, two-man team event with the first and third days of competition being played in a foursomes (alternate shot) format and the second and final days as fourball (best ball) play.

With ten Ryder Cup players competing, three Major champions and former world No. 1 and home favourite, Adam Scott, who’s paired with compatriot Marc Leishman for Team Australia, the 2016 field is set to be the best yet.

Representing America as one of the favorites for glory this week is six-time worldwide winner, Rickie Fowler and the 2016 US PGA Champion Jimmy Walker, who’ve gained experience together in previous Ryder Cup matches.

Two of the hottest players in the world right now world no. 9 Alex Noren (Team Sweden), who’s won four times on the European Tour this year, and world no. 6 Hideki Matsuyama (Team Japan), who recently became the first Asian player to win a World Golf Championship line up with David Lingmerth and Ryo Ishikawa respectively.

Commenting on the field, Founder of ISPS, Dr Haruhisa Handa said, “We’re excited to have so many global stars proudly representing their country this week and we hope that they will inspire people, not just from their own country or region but from around the world. At ISPS, we strongly believe in the ‘power of sport’ and its ability to break down barriers, create hope and inspire and we believe this Championship to be an ideal platform to activate the vision and look forward to a great week at Kingston Heath.”

The tournament was founded by the International Golf Association (IGA) in association with industrialist John Jay Hopkins for the purpose of promoting international goodwill through golf. It began in 1953 as the Canada Cup, and was renamed the World Cup in 1967. The IGA continues to have a prominent role with the ISPS World Cup of Golf.

The 2016 World Cup will be the 58th edition of the event, which was won by the Australian team of Jason Day and Adam Scott in 2013.