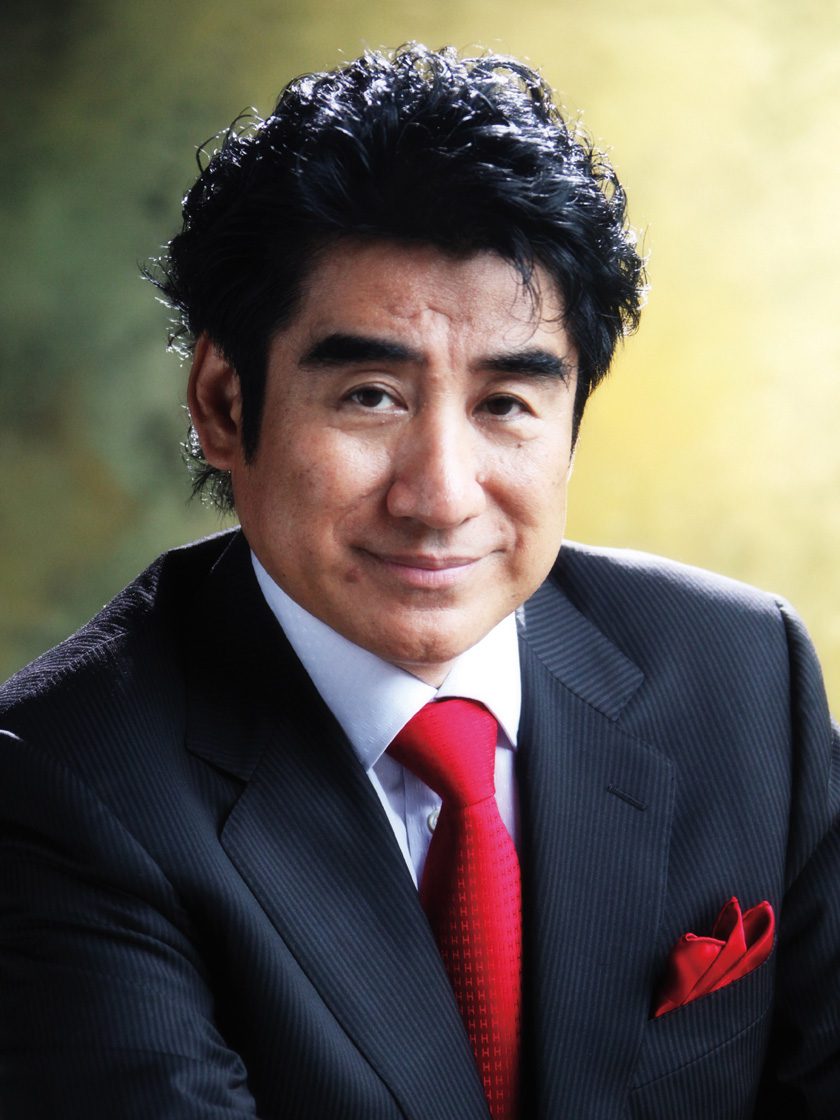 This is my life’s work, and this is why I am involved in so many tournaments. I will always help to promote disabled golfers and blind golfers. I am getting old, but, thanks to golf, I feel like I am getting younger.

Dr Handa has earned his moniker as the ‘Father of Blind Golf’, and has tirelessly lobbied for the wider mission of blind and disabled golf to be recognised as an official Paralympic Sport.

Dr Haruhisa Handa was born in 1951 in Japan.

After graduating from Doshisha University, Kyoto, in Economics, he then went on to study with the Master Class at Musashino Academia Musicae where he graduated with a major in vocal music. He earned a masters degree in creative arts from WAAPA (West Australian Academy of Performing Arts) at Edith Cowan University, West Australia, as well as a Ph.D in Literature from the Academy of Arts & Design at Tsinghua University, China.

He has been recognised for his longstanding commitment to public service and has been awarded the Medal with Dark Blue Ribbon of Japan, the Honorary Award of Contribution towards the Chinese Choral Enterprise, the distinguished service medal of the State of Western Australia, the keys to the City of Perth and the City of Swan. In recognition of long-standing contributions to blind welfare, Dr Handa became the first Japanese person to be appointed to the post of Vice President at the Royal National Institute for the Blind (RNIB), the UK’s oldest and largest charity.

Dr Handa manages over a dozen companies, and serves on the board of numerous charitable foundations and associations in Japan, Australia and the UK.