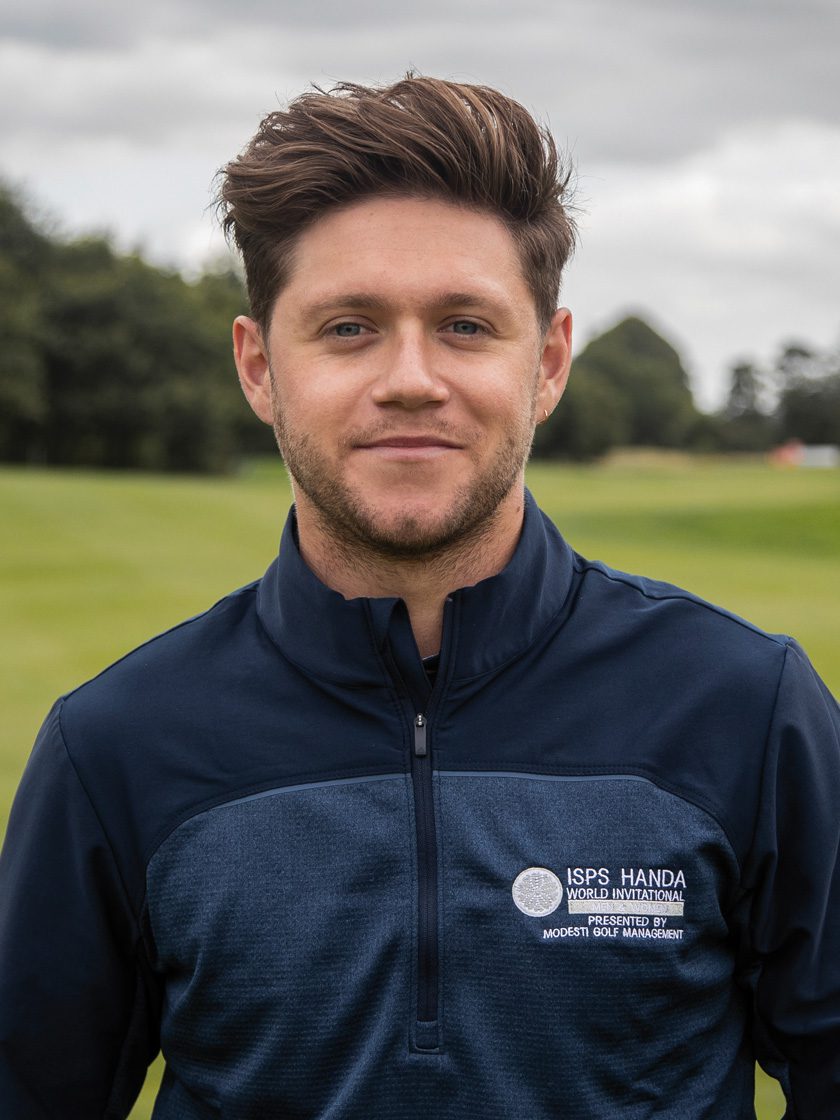 I have been a huge fan of the game of golf from taking up the sport when I was a child and I love being connected to the game now through my management company Modest! Golf.

It is my pleasure to work alongside ISPS, whose efforts to promote the power of sport amongst all members of society is unique. Through their support of grassroots to professional golf platforms – whether in blind, disabled or able bodied competitions, ISPS is dedicated to the growth of the game at every level.

At the age of 25, Niall Horan is a globally celebrated artist, who has achieved a hugely successful music career with boyband One Direction and most recently as a solo artist.

Born in Mullingar, Ireland in 1993 Niall showed very early signs of musical talent when he self taught himself the guitar on You Tube. After getting his big break in 2010 when auditioning for the X Factor as a solo artist, Simon Cowell decided he would be perfect in a group and One Direction were born. Niall went on to enjoy five massive years with the band, who firmly established themselves as the world’s biggest boyband of all time.

Niall has sold over 70 million records as part of the all-conquering One Direction and has toured the globe numerous times. His debut Platinum single “This Town,” released in the fall of 2016, has sold more than three million track equivalent units globally. Combined streams now surpass 350 million worldwide.

The 25-year-old artist released single “Slow Hands” in May 2017 which went straight to Number One in 44 countries, giving Horan his second bona fide hit single as a solo artist. In October 2017, Niall Horan’s solo debut album “Flicker” entered the Billboard 200 at No. 1 and topped iTunes Top Albums chart in 61 countries. In October 2019 Niall released his first single ‘Nice to Meet Ya’ from his much anticipated second album.

Outside of music, Niall is a keen sportsman and avid golfer and has culminated these passions through his management company Modest! Golf which launched in 2016. In May 2019, Modest! announced their partnership with ISPS Handa for the inauguration of the ISPS HANDA World Invitational Men | Women, presented by Modest! Golf Management.