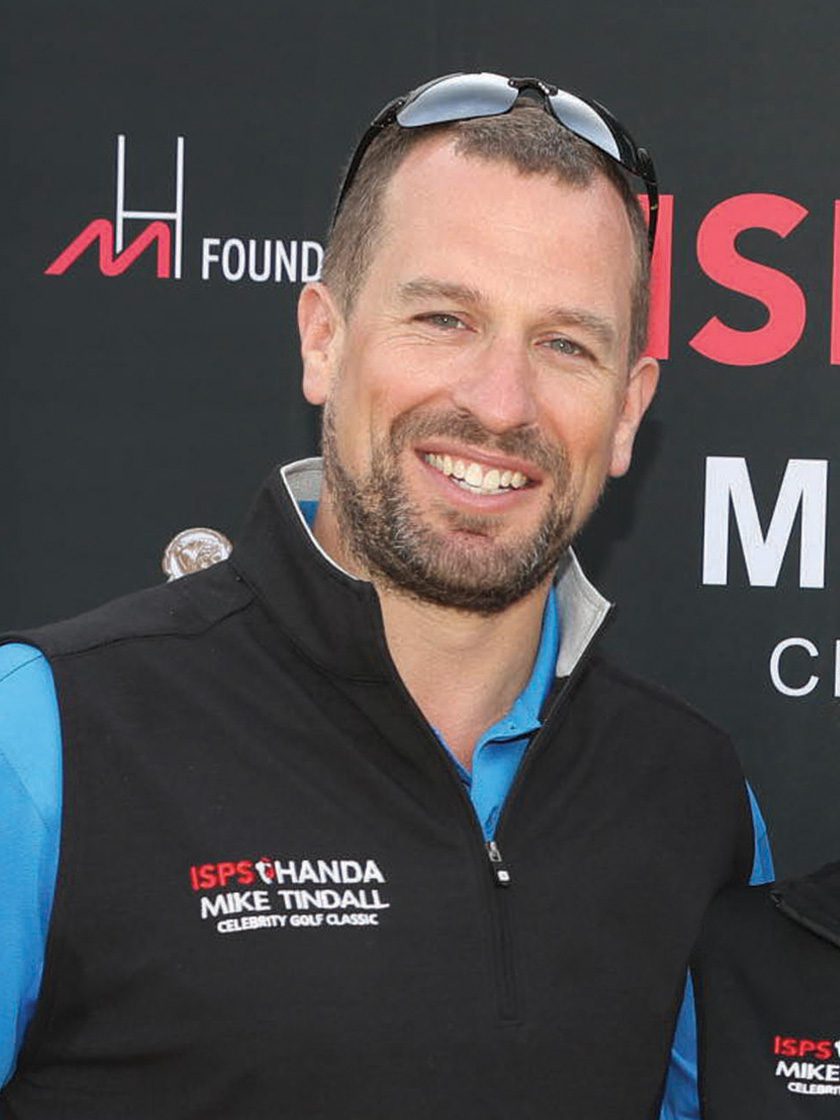 We have all seen the passion that sport can evoke in people and Dr Handa’s vision and belief that the “power of sport” can change lives for the better, is one that resonates with me strongly.

Whether it be through ISPS Handa support of blind and disabled golf or through their support of other sporting activities and events that provide opportunities for people to enjoy sport, the strong belief that sport can improve lives through participation and giving people a renewed focus and belief should be commended.

Peter Phillips is the son of HRH The Princess Royal and Captain Mark Phillips and the eldest grandchild of Her Majesty Queen Elizabeth II. Peter followed in the family tradition and went to school at Gordonstoun in Scotland before completing his degree at Exeter University. Through his time at both Gordonstoun and Exeter, Peter played aged group and top level rugby.

Upon leaving Exeter, Peter embarked on an 11 year experience in Formula One working for the Stewart Grand Prix, Jaguar Racing and Williams teams before joining RBS (The Royal Bank of Scotland) and designing and running their Formula One sponsorship of the Williams team. Peter’s role developed at his time with RBS to becoming Global Head of Sponsorship which included other assets such as the RBS 6 Nations, sponsorship of three of the four majors in golf, cricket and associations with some of the great names of sport such as Sir Jackie Stewart, Jack Nicholas and Sachin Tendulkar.

Peter left RBS in 2012 and set up Sports & Entertainment Ltd (SEL UK Ltd) with long time friends James Erskine and Basil Scaffidi. SEL is a market leader in the sports and entertainment world, creating such events as The Patron’s Lunch as part of Her Majesty The Queen’s 90th birthday celebrations and bringing the world renowned Global Champions Tour show jumping to Horse Guards Parade in London for the first time.