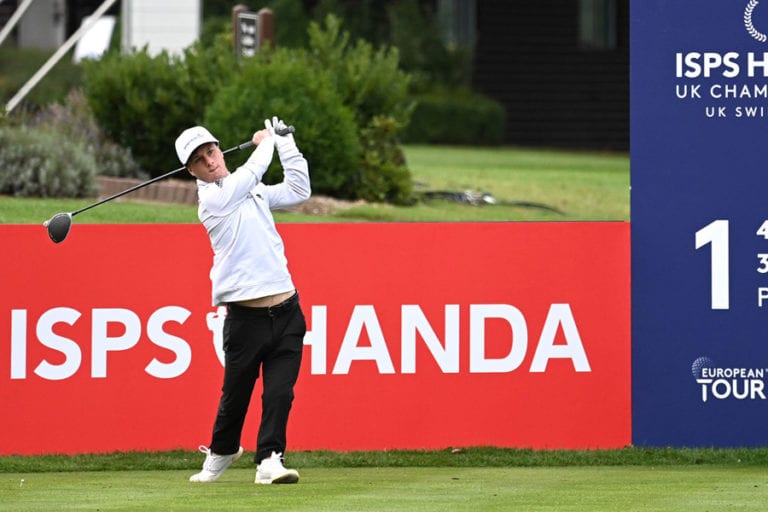 As part of the exciting new 2021 EDGA European Tour season, one of the leading disability golfers, Brendan Lawlor, will host the first ISPS HANDA World Disability Invitational from July 31 – August 1 in Northern Ireland.

Set to be played at Massereene Golf Club and Galgorm Castle Golf Club, the event will run alongside the historic tri-sanctioned ISPS HANDA World Invitational, presented by Modest! Golf where the stars of the European, LPGA and Ladies European Tour will compete alongside the best talents from the world of disability golf.

“I’m so proud to be able to host an event of this calibre on the island of Ireland,” said Lawlor who became the first professional golfer with a disability to play a European Tour event at the UK Championship last year.

“It was only three years ago that I was working with my Dad in the family business and playing golf on the side. I never even dreamed of playing the game for a living, never-mind hosting an event.

“I owe so much thanks to both the European Tour and Modest! Golf for making this happen. The EDGA have been brilliant too but all three groups share my vision that golf is for everyone and I can’t wait for us to put on a show to prove it this summer in Northern Ireland.”

23-year old Lawlor, who was born with Ellis-van Creveld syndrome, a bone growth disorder that leads to shorter limbs, has been putting on shows through his performances both in able-bodied golf and disability golf for years.

A winner of the inaugural EDGA Scottish Open in 2019, Lawlor might be small in stature but his impact on the game has been huge with no-one more proud than Modest! Golf owner Niall Horan of his client’s achievements.

“I’m over the moon that Brendan can showcase all that is great about disability golf with a tournament under his own name,” said Horan.

“Brendan grabbed our attention long before he was a Modest! Golf client. He is an inspiration and living proof that no barrier is too big when it comes to, not just golf, but to life. Golf is a game for everyone and there’s no better example of that than Brendan given all the challenges he’s been able to overcome. It’s an honour to represent him.”

The ISPS HANDA World Disability Invitational presented by Brendan Lawlor is part of the European Tour’s drive for inclusivity in golf. It forms part of the 2021 EDGA European Tour, which will take in four new tournaments for Golfers with Disability during its UK Swing before the top eight players qualify for the EDGA Dubai Finale to be staged at the DP World Tour Championship, Dubai at Jumeirah Golf Estates in November.

Massereene Golf Club will host day one of the event on Saturday, July 31 with Galgorm Castle Golf Club deciding the fate of the title on Sunday, August 1. Lawlor’s sponsors Kinetica Sports, ISPS Handa, American Golf and adidas Golf will all be supporting this historic event.