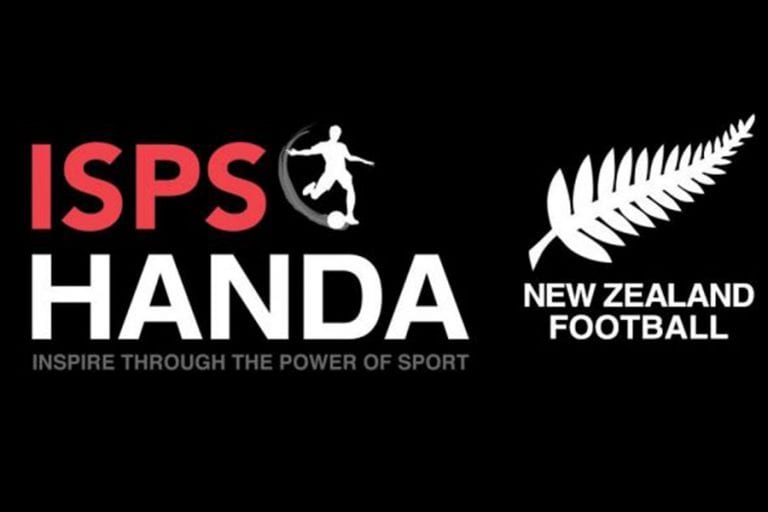 New Zealand Football is pleased to announce ISPS Handa as a new funding partner for the sport for the next three years.

ISPS (the International Sports Promotion Society) have an extensive history of supporting sport in New Zealand. For four years they were the title sponsor for the ISPS Handa New Zealand Women’s Open where they played a leading role in the recovery of Christchurch following the damage caused by the earthquakes.

They are the current naming rights sponsor of the ISPS Handa New Zealand Men’s golf open in Queenstown and have made significant donations to the New Zealand Olympic Committee (NZOC) and Paralympics New Zealand in recent time.

With all of the donations and sponsorships combined, ISPS Handa will make a significant contribution to sport in New Zealand on an annual basis for the next three years.

Dr Haruhisa Handa, the founder of ISPS Handa, is delighted to extend their partnership with New Zealand sports to include the nation’s most played team sport in football.

“We have a firm belief in the “power of sport”,” said Dr Handa. “Sport has a unique ability to create hope, to break down educational and cultural barriers and to inspire people in a unique way. Sport brings people together and unites communities around the world.”

Dr Handa went on to say “New Zealand is not the only country I have supported football. I started in South Africa, funding sustainable facilities with Fives Futbol with proceeds supporting local schools and was the title sponsor of Mpumalanga Black Aces for two years where they rose to fourth place in the premier soccer league. It would be wonderful to see a similar impact in New Zealand”.

Dr Handa, who was made an honorary appointment to the New Zealand Order of Merit in 2016 for services to golf and philanthropy, said he was excited to align with football in New Zealand.

“We know that football is the global game,” he said. “The huge participation in football across a range of cultures and backgrounds in New Zealand makes it an ideal game to bring people together. We are excited to have an impact and help New Zealand Football and continue their great work.”

Dr Handa knows 2017 will be an exciting time for the All Whites as Anthony Hudson’s team looks to qualify for the 2018 FIFA World Cup in Russia.

“We are told that New Zealand really gets behind this team and we look forward to being part of that. We are excited about the potential of football at both the grassroots and the elite level.”

New Zealand Football Chief Executive Andy Martin said it was great to welcome ISPS Handa on board as a funding partner and said there was great alignment with their values.

“Dr Handa is well known for being one of New Zealand’s great philanthropic givers. His international philanthropic contribution in sports and beyond are notable to say the least. We are delighted that he has decided to invest in football in New Zealand,” said Martin.

“Our vision is to be the nation’s favourite game and it is with the help of great partners like Dr Handa and his team that we are able to realise this vision. We have two strategic priorities of winning on the world stage and getting more Kiwis loving and playing football – with the values that Dr Handa brings to this partnership we expect to achieve great things in football in New Zealand.”

In 2017, ISPS Handa will be the naming rights sponsor for one of New Zealand oldest trophies – the ISPS Handa Chatham Cup which dates back to 1923 – and they will also assist the delivery of the game at the grassroots level.

ISPS Handa support sport to a phenomenal level on a global scale. They have a huge presence in golf – most notably as the naming rights sponsor of the ISPS Handa World Cup of Golf and the ISPS Handa Perth International on the European Tour – and they are strongly advocating for Blind and Disabled Golf to be included in the Paralympics.

It is the first time ISPS Handa has aligned with football in this country and they are looking forward to continuing their successful association with New Zealand sport.