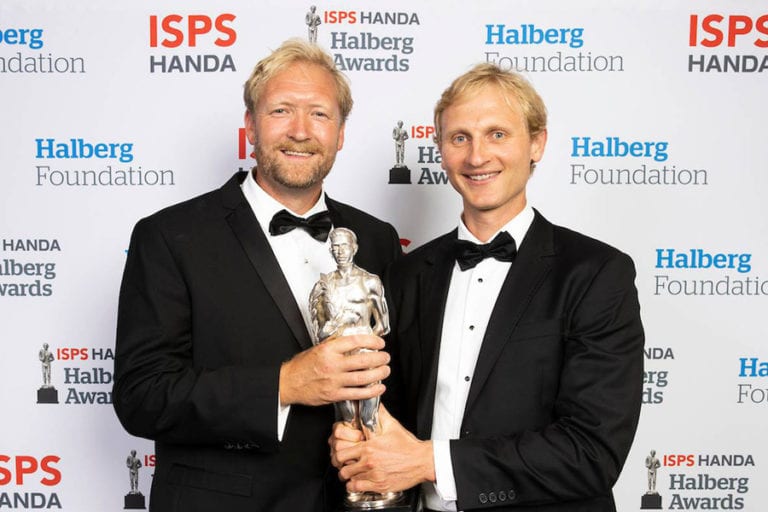 The ceremony was a celebration of outstanding New Zealand sporting achievements from 2010 – 2019 and the major fundraiser for the Halberg Foundation – the charity of Sir Murray Halberg (ONZ, MBE) which aims to enhance the lives of physically disabled young New Zealanders by enabling them to participate in sport and recreation.

The rowing pair of Hamish Bond and Eric Murray won the supreme honours for their triumphs in the decade from 2010 to 2019 including winning back-to-back gold medals at the Olympics in 2012 and 2016 and claiming the World Best Times in two boat classes, the Men’s Pair and Men’s Coxed Pair. This was the first time in 13 years that any rowing crew had won two titles in the same year. Bond and Murray have eight world championships to their names and hold the record for most consecutive wins as well as awarded the Thomas Keller Medal, rowing’s highest honour. They were named ISPS Handa Team of the Decade earlier in the ceremony before claiming the supreme Decade Champion honours.

Nine awards were presented during the celebrations which saw previous Halberg Award winners across eight categories vie for the Decade Champion honours.

Lisa Carrington won the High Performance Sport New Zealand Sportswoman of the Decade over only two other finalists in the category – Dame Valerie Adams and Lydia Ko. The canoe racer is a three-time Olympic medallist having won gold in the K1 200 in London in 2012 and Rio in 2016. Carrington won a bronze medal in the K1 500m Olympic final, becoming the first New Zealand female to win two medals in a single Olympics. She has continued to champion the sport, amassing 10 world titles from 2011 to 2019.

Former All Black captain Richie McCaw was named the ISPS Handa Sportsman of the Decade after leading the team to two Rugby World Cups in 2011 and 2015. He became the first All Black to reach 100 test caps and captained the team for 110 of his 148 test matches.

Canoe coach Gordon Walker claimed the Buddle Findlay Coach of the Decade honour after leading Lisa Carrington to become the first New Zealand female to win multiple medals at a single Olympics in Rio in 2016. Walker also coached four boats to win gold at the 2017 Canoe Sprint World Championships and Carrington to her gold medal in the K1 200m at the same event. He also coached the New Zealand’s women’s team to five medals at the 2018 Canoe Sprint World Championships in Portugal and Carrington to win the K1 200m.

Golf talent Lydia Ko won the Sky Sport Emerging Talent Athlete of the Decade for becoming the youngest person, at 14 years old, to win a professional golf tour event at the NSW Open on the ALPG Tour. She became the youngest player and first New Zealander to win an LPGA Tour event at the Canadian Open at age 15.

The winners were selected by an independent voting academy, made up of prominent athletes, coaches, administrators and sports media, who reviewed the finalists list made up of previous category and supreme winners.

During the evening, double scullers Nathan Cohen and Joseph Sullivan received the award for New Zealand’s Favourite Sporting Moment of the Decade – the only category chosen by the public, for their moment at the 2012 London Olympic Games when they stormed home from behind to win the gold medal.

The Sport New Zealand Leadership Award was presented to Johanna Wood (football). Wood has gained a rising governance profile within football and is an inspiration for women in sport and governance. She was elected to the FIFA Council in 2019, is currently President of New Zealand Football and led the joint New Zealand/Australia bid to host the FIFA Women’s World Cup in New Zealand and Australia. She was previously Chair of Central Football Federation.

The ceremony reflected how the life-changing work of the Halberg Foundation has helped enhance the lives of physically disabled young New Zealanders through sport and recreation. This includes 17-year-old Ella Benn, whose leg was amputated due to cancer, and who has been supported by Halberg on her Para swimming journey. She is now training with Sophie Pascoe and hopes to compete at the Paralympics.

The ISPS Handa Halberg Awards Decade Champion ceremony was postponed from its original date last month due to the change in COVID-19 Alert Levels.

In November 2020, the Halberg Foundation made the decision to move to a decade celebration following major disruption of international sporting competitions due to COVID-19. Achievements from 2020 will be recognised and included in the 2021 sporting year to be celebrated at the 2022 awards ceremony.

“We are delighted that in a year that has been challenging for sport that the ISPS Handa Halberg Awards Decade Champion has enabled us to celebrate outstanding sporting success in New Zealand, culminating in recognising Hamish Bond and Eric Murray taking the supreme honours,” said Shelley McMeeken, Chief Executive of the Halberg Foundation.