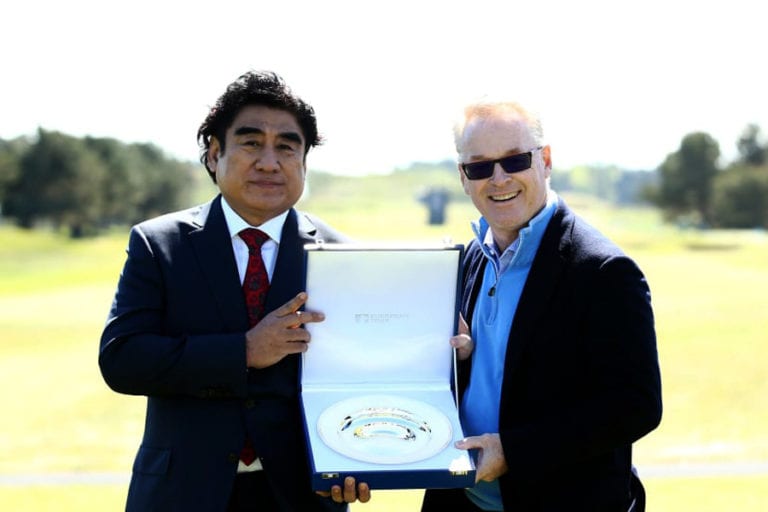 The International Sports Promotion Society (ISPS HANDA) has been announced as Official Partner of the European Tour’s new UK Swing and the Title Sponsor of both the ISPS HANDA Wales Open and ISPS HANDA UK Championship.

The partnership perfectly aligns with the UK Swing’s ‘Golf for Good’ initiative, a narrative that will underpin the season and one that strongly resonates with ISPS HANDA’s long term belief in the power of sport to unite communities and inspire hope.

ISPS HANDA Wales Open is set to take place at The Celtic Manor Resort in Newport from August 20 – 23, after a six-year hiatus before which ISPS HANDA had previously supported the event for three consecutive years.

It is a timely return to the south Wales resort, as this year also marks the tenth anniversary of Europe’s dramatic victory against the United States in The 2010 Ryder Cup at the same venue.

The UK Swing will conclude with the inaugural ISPS HANDA UK Championship at The Belfry, another venue rich in Ryder Cup history, having played host to four contests – with Europe triumphing in two (1985 and 2002), the US having won in 1993, and with the 1989 match ending in a 14-14 tie.

The European Tour and ISPS HANDA have collaborated in raising the profile of golf as an accessible sport for all through ISPS Handa’s long term support of global golf initiatives.

Dr Haruhisa Handa, Founder and Chairman of ISPS Handa, said: “ISPS Handa is honoured to partner with the European Tour on the ‘UK Swing’, which celebrates the return of professional golf in the UK while championing the Tour’s new “Golf for Good” initiative.

“This charitable emphasis aligns with our belief that sport has the power to inspire hope and unite communities. In today’s climate, this seems more important than ever.

“We applaud the European Tour CEO Keith Pelley and his team on this inspiring leadership and are delighted to partner with the talented golfers in what we are sure will be a much-welcomed encouragement to golf, to the economy and to communities in the UK.”

Keith Pelley, Chief Executive of the European Tour, said: “We are delighted to have the support of Dr Handa and his team for the ISPS HANDA Wales Open and ISPS HANDA UK Championship, our final two events in the new UK Swing.

“Dr Handa is a pioneer in promoting innovation and inclusivity in the game of golf and we are thrilled to have his knowledge and commitment during these unprecedented times. As Honorary Ambassador of the “Golfers with Disability Programme”, Dr Handa’s long term support of golf globally is well known and we appreciate the support he has shown to our players, our Tour and to the golfing communities in which we play.”

The ‘Golf for Good’ initiative, launched at the Betfred British Masters will culminate in £500,000 from the European Tour being distributed equally between local UK charities.

All European Tour tournaments from July until December will form part of the Tour’s new ‘Golf for Good’ initiative, a narrative which will underpin the season and one which aims to give back in three key areas:

▪ Supporting the Communities where the European Tour plays.

▪ Rewarding the true heroes, such as the front line workers.

▪ Promoting the many health benefits that golf offers.

The ISPS HANDA Wales Open and ISPS HANDA UK Championship will be broadcast live to more than 490 million homes in more than 150 countries every week, generating in excess of 2,200 global broadcast hours for each event.

Realising and Sharing the Invictus Spirit – The IGF Conversation