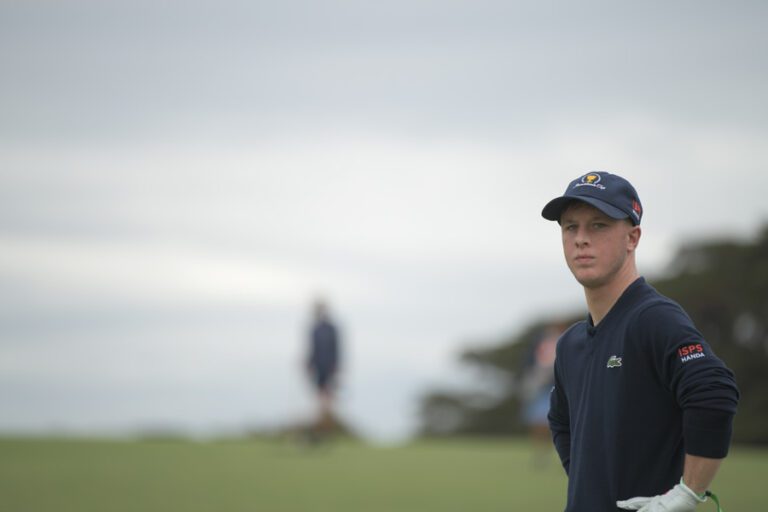 Brendan Lawlor cannot wait to host this weekend’s ISPS HANDA World Disability Invitational fresh off the back of his latest career victory at last week’s EDGA Cazoo Open, which secured the Irishman his place in the EDGA European Tour season finale.

The ISPS HANDA World Disability Invitational presented by Brendan Lawlor begins at Massereene Golf Club on Saturday, when the eight players who took part in last week’s event will tee it up again for the opening round of the 36-hole event in Northern Ireland.

After the ISPA HANDA World Disability Invitational presented by Brendan Lawlor, a new group of golfers taken from the World Rankings for Golfers with Disabilities (WR4GD) will participate in the EDGA Hero Open, at Fairmont St Andrews from August 7-8, and the EDGA Cazoo Classic, at London Golf Club from August 14-15.

The top four players from each group of two tournaments qualify for the returning EDGA Dubai Finale, the fifth and final EDGA European Tour event of 2021, held alongside the DP World Tour Championship, Dubai – the final Rolex Series event of the year – at Jumeirah Golf Estates on Friday and Saturday (November 19-20).

Lawlor, having secured his place in the season finale thanks to his victory last week, is excited to tee it up this week as tournament host in an event supported by his management company Modest! and his sponsor ISPS HANDA, both of whom have been hugely supportive of the Louth man – who has Ellis-Van Creveld syndrome, a disability characterised by a shorter stature and shorter limbs.

“It’s special anytime we can go out there and showcase our talents, on this type of stage with cameras around and crowds around,” said Lawlor.

“Especially on home soil, this one is special for me. I’ve a lot of family coming up this week to watch, hopefully I won’t be too nervous on the first tee but I feed off that stuff. They love it and I hope everyone else will love it too.

“The sponsors and Galgorm have done a fabulous job. The competition was here two years ago as a Challenge Tour event, now it’s a European Tour event, women playing for equal prize money to the men, and now disability golfers competing too so it’s just game-changing every year.

“Anyone can win this week, they’re all so good. My first round last week separated me from the guys, one under was a great score. But then Tomasso beat me in the second round so anything can happen, but I’m going to be trying to win again.”

Scoring for the remaining four EDGA tournaments will feature on the European Tour’s website and App for fans to follow, while the tournament world feed broadcast will also feature updates across the weekend, with the winners also part of the main prize-giving ceremonies.

The current rankings, after last week’s EDGA Cazoo Open, are as follows:

Support for Worthy Causes: Which embraces all the charitable activity of the original 2020 Golf for Good initiative

Sustainability: Which embraces the Green Drive focus around our tournaments

Inclusivity and Health: Which embraces our Golfers with Disability and golf for all messaging, in addition to promoting the wider health benefits of the game

You might also like
One of the following
Prince Harry, the Duke of Sussex, plays polo to raise funds for Sentebale in Aspen, USA
Lawlor top of the world after ISPS HANDA World Disability triumph
ISPS HANDA World Invitational Digital Brochure
Recent Posts