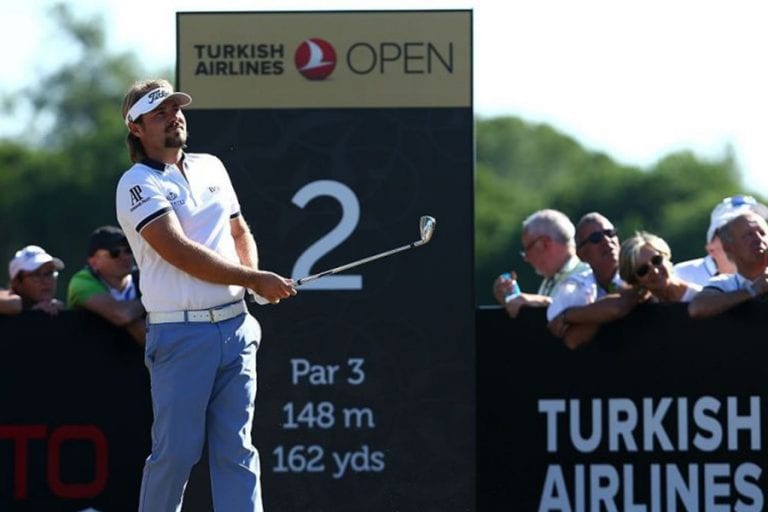 Double champion Victor Dubuisson will launch his defence of the Turkish Airlines Open alongside the English pair of Andy Sullivan and Danny Willett when the 2016 Final Series gets under way in Antalya on Thursday morning.

Dubuisson, who won the 2013 and 2015 editions of the event at the nearby Maxx Royal resort, will be hoping new venue, the Regnum Carya Golf & Spa Resort, will prove an equally happy hunting ground.

The 26 year old Frenchman will begin his bid for a third Turkish Airlines Open title at 11.50 from the first tee in the company of three-time European Tour winner Sullivan and Masters champion Danny Willett, who will be looking to reclaim top-spot in The Race to Dubai this week having been usurped by Henrik Stenson last week in Shanghai.

Currently lying fifth in the season-long ranking following a breakthrough year, Dunhill Links winner Tyrrell Hatton could yet finish much higher in The Race to Dubai with help from a strong week in Turkey as the Englishman kicks off his Final Series alongside experienced compatriot Lee Westwood and Austria’s Bernd Wiesberger from 11.40.

After winning his first European Tour title in eight years at the Portugal Masters two weeks ago, Padraig Harrington is back in action from 11.30 on Thursday as he takes to the lush Regnum Carya fairways with ever-popular Englishman Andrew ‘Beef’ Johnston and Thai veteran Thongchai Jaidee.

In addition to the aforementioned Willett, Jeunghun Wang is just the second player in the field this week to have recorded multiple victories in the 2016 season, having prevailed at the Trophee Hassan II and AfrAsia Bank Mauritius Open earlier in the year, and the Korean is out at 11.00 alongside South African Jaco Van Zyl and Englishman Richard Bland, who makes his 400th European Tour start this week having topped €1m in earnings in a single campaign for the first time in his career last week in China.

Spain’s Alejandro Cañizares will get the 2016 Turkish Airlines Open under way at precisely 10.00 on Thursday morning.