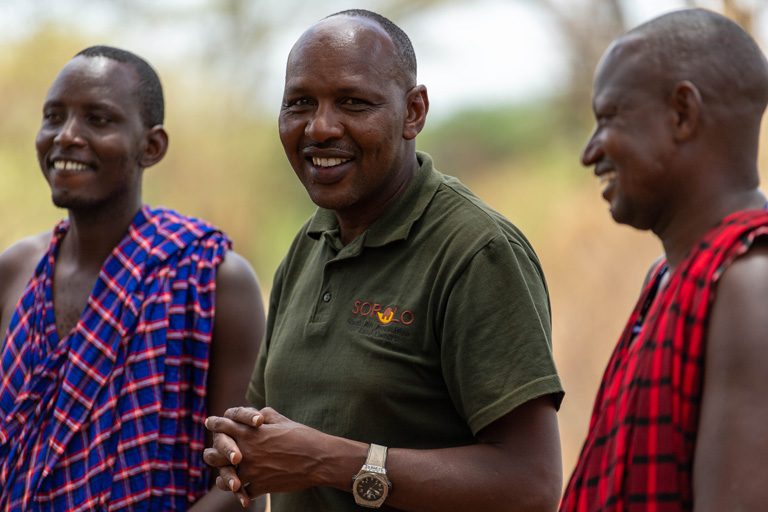 LONDON 03 DECEMBER 2020
Tonight was a virtual first for the annual Tusk Conservation Awards as a global livestream audience joined the charity’s Royal Patron, HRH Prince William in honouring the extraordinary men and women dedicated to the survival of Africa’s natural world. Launched with Prince William in 2013, the awards, in partnership with Ninety One, shine a light on the inspirational work of leading conservationists across Africa.

The Duke of Cambridge joined famous faces including host Kate Silverton, Emma Weymouth, Katherine Jenkins, Levison Wood, Liz Bonnin, Tristan Phipps, Deborah Meaden, Bear Grylls and Ben Fogle to reveal this year’s winners and celebrate the incredible work that these conservationists have achieved against the odds. The ceremony was accompanied by live music from acoustic artist Jack Savoretti and his band. The Tusk Conservation Awards are available to view in full at www.tuskawards.com.

These inspiring men and women on the front line of African conservation now face their biggest ever challenge, as the devastating economic impact of Covid-19 threatens years of conservation work across Africa.

To help overcome this challenge, Tusk is significantly increasing the value of its awards thanks to the generous commitment of £1m over five years from The Nick Maughan Foundation. This additional funding more than doubles the previous conservation grant given to all winners and finalists, whose dedication and passion safeguards the continent’s wildlife and habitats for us all.
During a video call with Charlie Mayhew, CEO of Tusk, The Duke of Cambridge said of this year’s nominees and winners: “A lot of these people go under the radar. I hope that the Tusk Awards highlight and showcase their wonderful talent and hard work across the globe. I hope their stories go far and wide, that people feel inspired and young people look to these role models and say ‘I can do the same, I want to be involved and I care as much as they do too.’”

THE CONSERVATION LEADERS HONOURED IN THIS YEAR’S AWARDS ARE:

On hearing the news of his success, Tusk Conservation Award winner John Kamanga said: “I feel grateful that I have been able to come this far, that we have people out there in the world who are watching, that the little things we do come to be appreciated and that the efforts we are making are saving our wildlife and wild spaces.”

Speaking about the three category winners, Charlie Mayhew, CEO of Tusk said: “As the future of the natural world is brought into even sharper focus, it is fantastic that the recipients of our awards can continue their vital work thanks to this much needed boost to grant funding. I am very pleased today to award three exceptional leaders within their fields.”

The three winners have each received a trophy specially crafted by Patrick Mavros. Additional support for the 2020 Tusk Conservation Awards has been received from ISPS Handa, Mantis Group, Fortemus Films and Maia Films, EJF Philanthropies and Shelton Fleming.

About Tusk
Celebrating its 30th anniversary this year, Tusk works to build a sustainable future for the African continent and its wildlife. Since its formation Tusk has raised over $100m for projects, which not only work to protect wildlife, particularly endangered species, but also help to alleviate poverty through sustainable development and education amongst communities living alongside wildlife. HRH The Duke of Cambridge became Royal Patron of Tusk Trust in December 2005 and he has actively supported the charity’s work both privately and publicly on many occasions. The Tusk Conservation Awards, which were devised with the personal input of The Duke, were first held at the Royal Society, London, in September 2013.