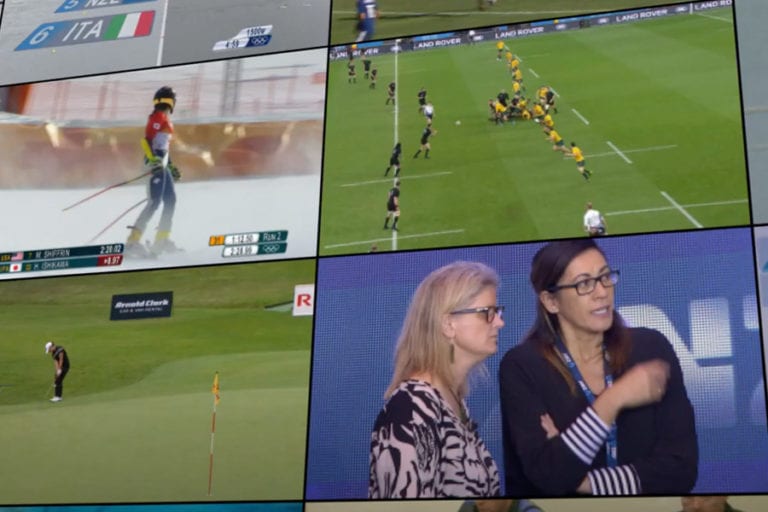 Voting is now open for New Zealand’s Favourite Sporting Moment of the Decade – the only category where the winner is decided by the public at the ISPS Handa Halberg Awards Decade Champion.

The finalists for New Zealand’s Favourite Sporting Moment of the Decade are previous winners of the Halberg award category from achievements in 2010 to 2019.

The sporting moment award gives the New Zealand public the opportunity to choose the nation’s most favoured sporting moment, game or series from 2010 to 2019.  The highlights include moments from achievements in football, rugby, rowing, softball, cricket, athletics and netball respectively.

The full list of New Zealand’s Favourite Sporting Moment of the Decade finalists are:

The public can vote for their choice once a day by text message or online at www.halbergawards.co.nz.

You can vote once a day from now until 9.00pm on Thursday 18 February 2021 either online or by text.

The winner of New Zealand’s Favourite Sporting Moment of the Decade will be announced at the ISPS Handa Halberg Awards Decade Champion ceremony on Thursday 18 February 2021 at Spark Arena in Auckland and will be broadcast live on Sky Sport and free-to-air on Prime TV with captioning.

“This award gives our enthusiastic sporting public a chance to reflect and have their say on the sporting moment that captivated them most over the last ten years,” says Shelley McMeeken, Chief Executive of the Halberg Foundation.

Due to multiple international sports events in 2020 being postponed, reconfigured or cancelled, including world championships, global competitions and the Olympics and Paralympics, the ISPS Handa Halberg Awards in 2021 have been adapted to celebrate the Decade Champions and honour sporting excellence over the past decade. Previous Halberg Awards winners from achievements in 2010 to 2019 make up the finalists who will vie for the Decade Champion honours across the supreme and major categories.

Importantly, sporting achievements in 2020 will be rolled over into the following year and the eligibility period will be extended accordingly.

The Awards were created by Olympic champion Sir Murray Halberg (ONZ, MBE) in 1963 to honour sporting excellence and as a major fundraiser for the Halberg Foundation – his charity which aims to enhance the lives of physically disabled young New Zealanders by enabling them to participate in sport and recreation.

The Halberg Foundation has a team of Advisers around the country who connect physically disabled young people to sport and recreation opportunities, they also deliver an Inclusion Training course on adapting physical activity and assist clubs, schools and organisations to provide inclusive events and programmes. The Halberg Games is a three-day national sports competition for physically disabled young people.

Named after Olympic champion Sir Murray Halberg (ONZ, MBE), the ISPS Handa Halberg Awards is the country’s pre-eminent event to honour and celebrate New Zealand sporting excellence from achievements in 2010 to 2019. It also provides the Halberg Foundation with a flagship fundraising opportunity for Sir Murray’s charity, which aims to enhance the lives of physically disabled New Zealanders by enabling them to participate in sport and recreation. For more information go to www.halbergawards.co.nz.