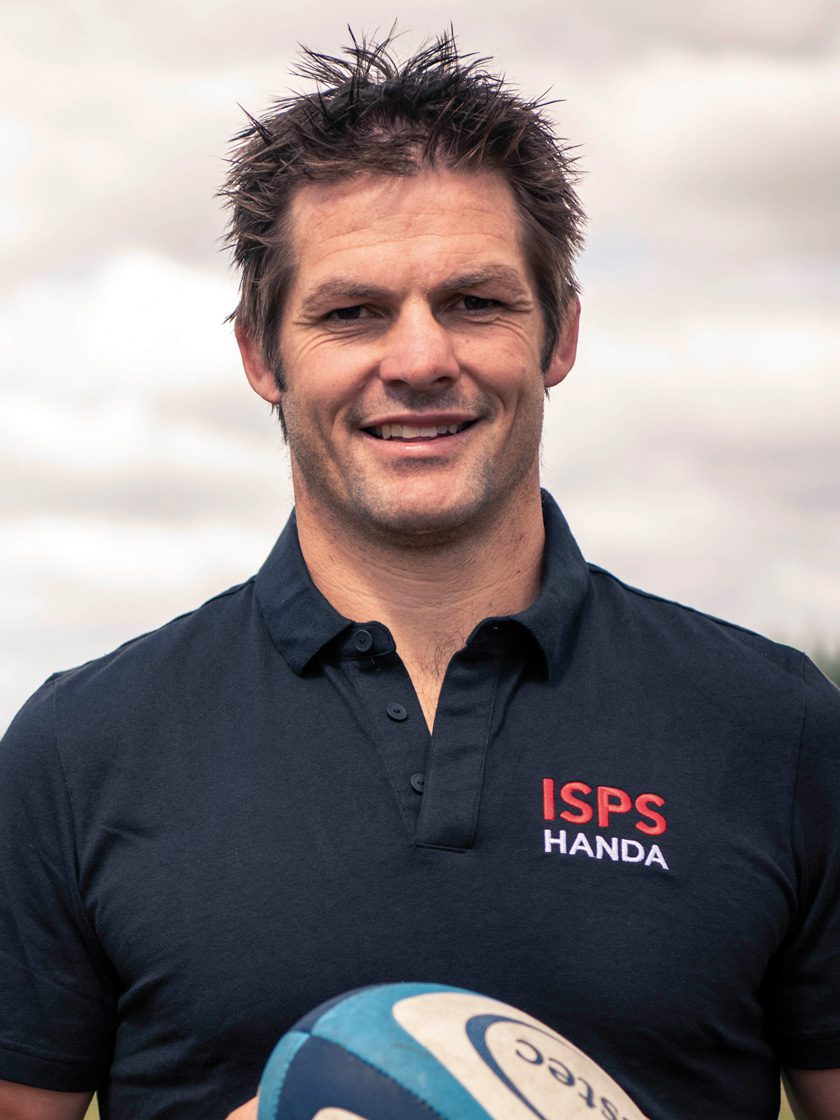 It is an honour to join ISPS Handa as an ambassador and work with Dr Handa, our patrons and other ambassadors as we continue the great work of ISPS Handa to inspire and unite the world through sport.

As a former All Blacks captain I have had the privilege to meet a variety of people of different age, ethnicity and status. I have been considered an inspiration to many due to the success I have achieved in leading one of the world’s greatest sports teams, but it is being able to use this success to contribute to a greater good which makes me most proud and ISPS Handa gives me a platform to do this.

Richard Hugh McCaw ONZ is one of New Zealand’s most respected sportsmen, and is a legend in the rugby world.

He captained New Zealand’s national rugby team, the All Blacks, between 2004 – 2015 and was generally recognised as the world’s best openside flanker. He was a member of the All Blacks from 2001 – 2015 and played 148 test matches and won two Rugby World Cups. Richie is the most capped test rugby player of all time, and has won the World Rugby Player of the Year award a joint record three times. Richie announced his retirement from professional rugby in November 2015.

In 2016, he was appointed a member of New Zealand’s highest honour, the Order of New Zealand and awarded New Zealander of the Year which recognised the former All Blacks captain’s contributions to both rugby and charity. Richie is married to Gemma and the pair have recently welcomed their baby girl, Charlotte.